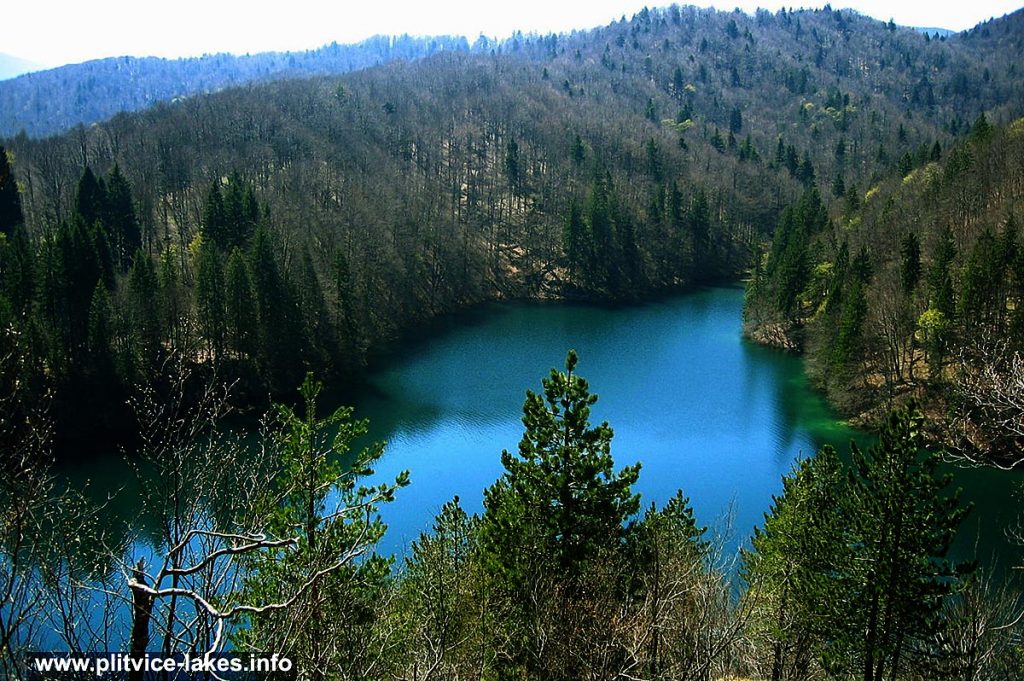 Gradinsko jezero (Gradinsko Lake) also known as Jezerce is the tenth highest lake in the whole lake system, located on an altitude of 554 meters above the sea level. It is one among the largest lakes, covering the total area of 8.1 hectares with a max depth of 10 meters on several locations around the lake. The max length of the lake is about 450 meters while width, due to its unusual, ‘L’ shape varies between 80 and 290 meters. The lake belongs to a group of Plitvice Upper Lakes.

Gradinsko got its name after ‘gradina‘ which in Croatian means ‘old fortified town‘ which once rose on the hill between this lake and the Kozjak.

Gradinsko is interesting for the colour of its waters that changes from light green/turquoise to milky white in the shallow parts of the lake. Deeper parts are of lovely dark green, reflecting surrounding vegetation (see photo above).

In the central part of the lake, on about 2 meters under the surface, you can see yellow shadows of a flooded barrier as well as another two flooded barriers at the very end of narrowest part of the lake. They remind us of the fact that this lake was once made by at least two different lakes separated by barriers. The white/milky colour of the lake is locally called “bjelar” (meaning ‘white‘), which is actually travertine mud patches not yet covered by aquatic plants. Walking around here you will also notice numerous ducks as this is their favourite nesting area.

The lake is surrounded by tall fir, pine and beech trees along several wooden walkways and paths that lead to various locations around the lake, while the shores of the lake are bordered by low vegetation as well as by some tall trees. From some elevated viewpoints, the views are just fantastic.  The interesting viewpoint that offers the beautiful panoramic vista over Veliki Prstavac and Mali Prstavac waterfalls, as well as Galovacki Buk, is probably the best in the whole Lakes (see below photos)

At the end of the lake the water outflows down to Burgeti lakes/ponds and further away via very low barriers and small cascades to Kozjak. 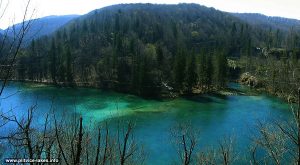 Views over Gradinsko Jezero from nearby hill 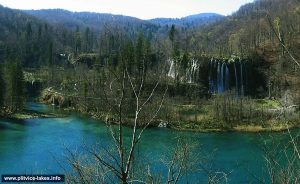 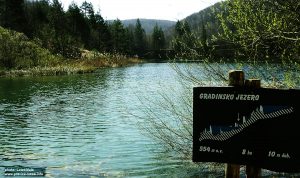