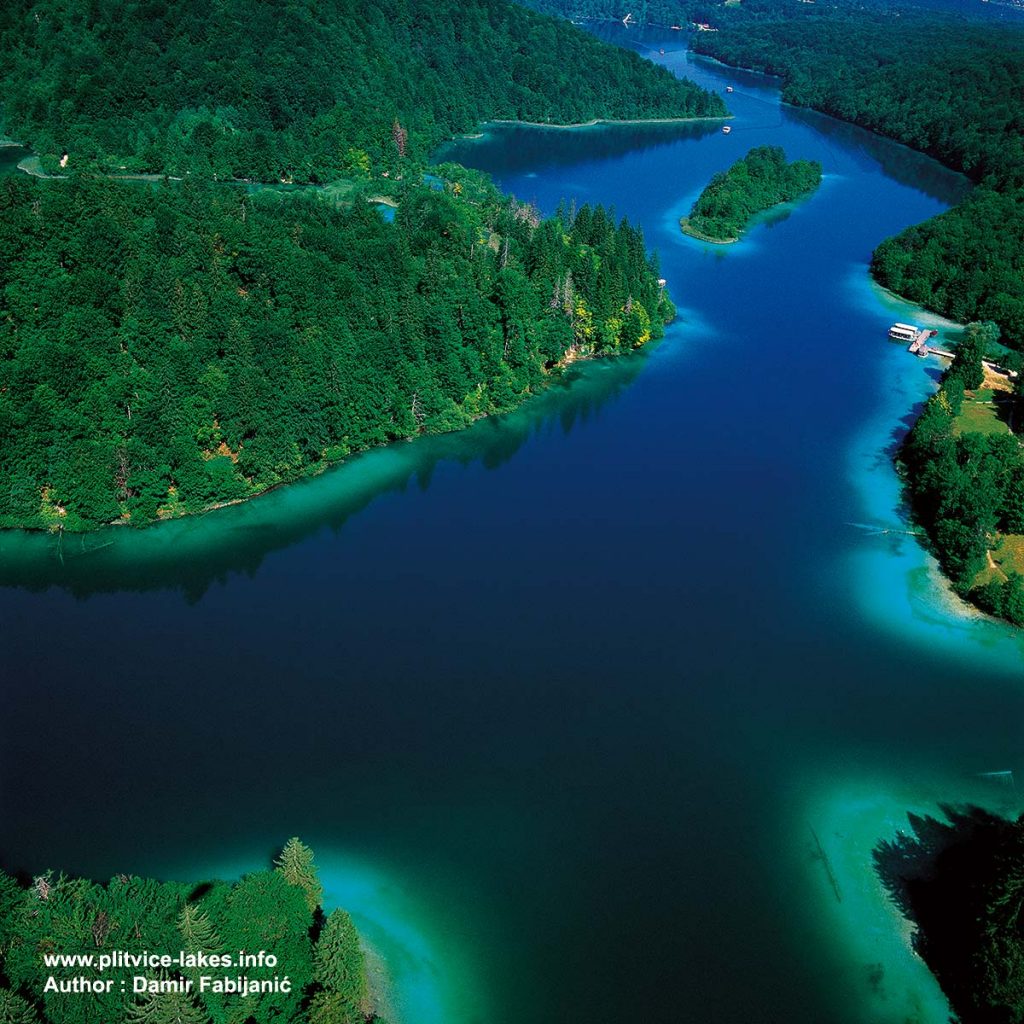 Kozjak Lake (Jezero Kozjak) is the last and lowest of Upper Lakes, located on an altitude of 534 meters above the sea level. It is also the largest and deepest lake in the whole lake system.

It covers the total area of 82 hectares with a depth of 48 meters. The length of the lake is 2,35 kilometres while the width is between 135 and 670 meters at its northern part in the near vicinity of the Plitvice hamlet.  The lake belongs to the group of Plitvice Upper Lakes.

Kozjak got its name after ‘koza‘ which in Croatian means ‘goat‘ after a legend about some goats, chased by wolfs, who got lost around the lake…

Beside by waters from Burgeti (Veliki Burget) lake, this large lake is also fed by streams of Rječica, Matijaševac and Jasenovac, located on western side of the lake.

In the old times, the lake was formed by natural flooding of waterfalls and merging of two lakes (see diagram). The flooded barrier that used to divide two lakes is still visible at about 4 meters depth, right in front of Matijaševića draga bay.

Nowadays the lake is stretching from the northwest to southeast. Due to a variety of geological structure of its bedrock on the east as well as the west sides, in its southern part, the lake is narrower while in the north it is much wider.  Due to its depth, the water of the lake has a dark green/turquoise colour.

In the middle of the lake, there is also a small islet called Štefanijin otok (click to see large panorama) in the vicinity of which you can find pier (see above photo) where you can embark on a small boat that will take you to either Upper or Lower Lakes.

The end of the lake there is a barrier and waterfall where waters flow down into Milanovac Lake.

If you click on above image, you will see the large drawing of the cross-section of the whole lake system where you will notice underwater barrier (orange colour) in this lake which used to be the barrier that separated two lakes (as described above). 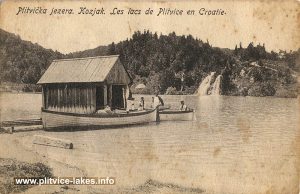 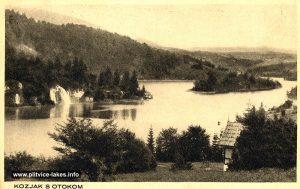 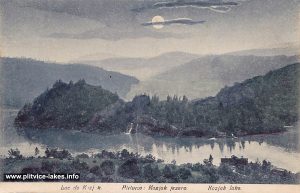 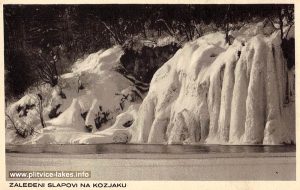 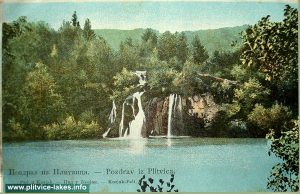 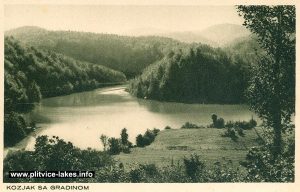 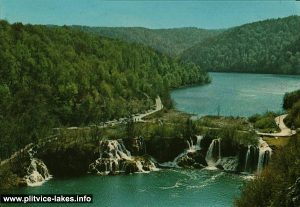 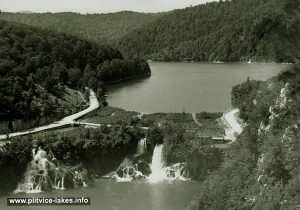 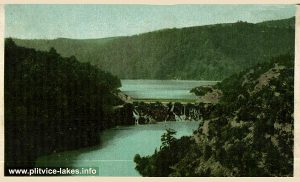 Panorama of Kozjak Lake with Waterfalls from 1917 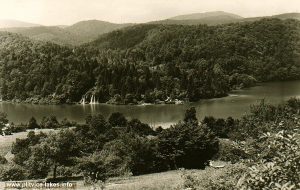 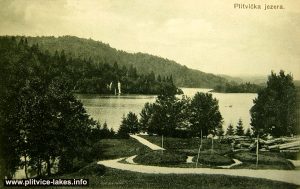 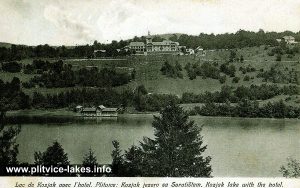