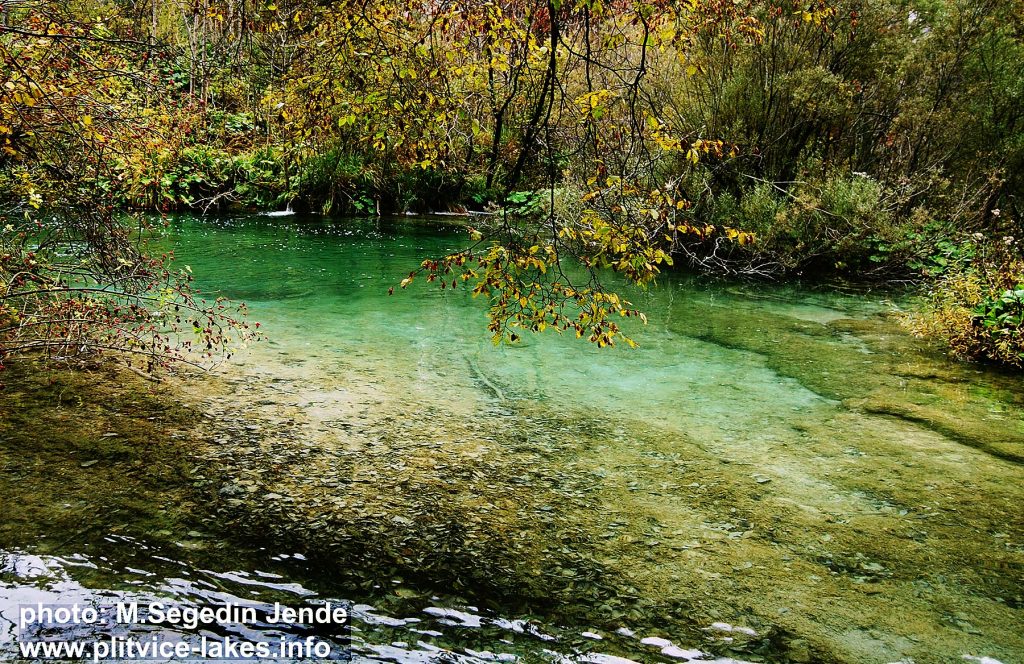 Milino jezero (Milino Lake) is the ninth highest lake in the whole lake system, located on an altitude of 564 meters above the sea level. It is one of the smallest lakes, covering the total area of just under 1 hectares with a max depth of just one (1) meter in the central part of the lake. The total length of the lake is about 40 meters while the total width of just over 20 meters. The lake belongs to a group of Plitvice Upper Lakes.

This tiny lake got its name after ‘Mile‘ which is Croatian common male first name. The lake is fed by series of low waterfalls created by inflows of waters from neighbouring, higher Galovac lake.

This shallow lake, located between the lake Gradinsko and Galovac is covered with reed, moss and other low vegetation. There are numerous branches and fallen tree trunks scattered around the lake while outside the path is intersected with roots and other obstacles.

Due to its shallow waters and surrounding low vegetation, the waters here are of more yellowish colours.  Reflections of the colours in the water, as in other surrounding lakes, corresponds to seasons – (see autumn and spring in the lakes images).

Walking around Milino Jezero is organised via a narrow path that leads around the lake, passing by small patches of water covered by reed and moss. On the south side of the lake, there is a walking path that connects Kozjak with Labudovac barrier and Prošćansko lake. At the end of the lake the water outflows down to the Gradinsko jezero.