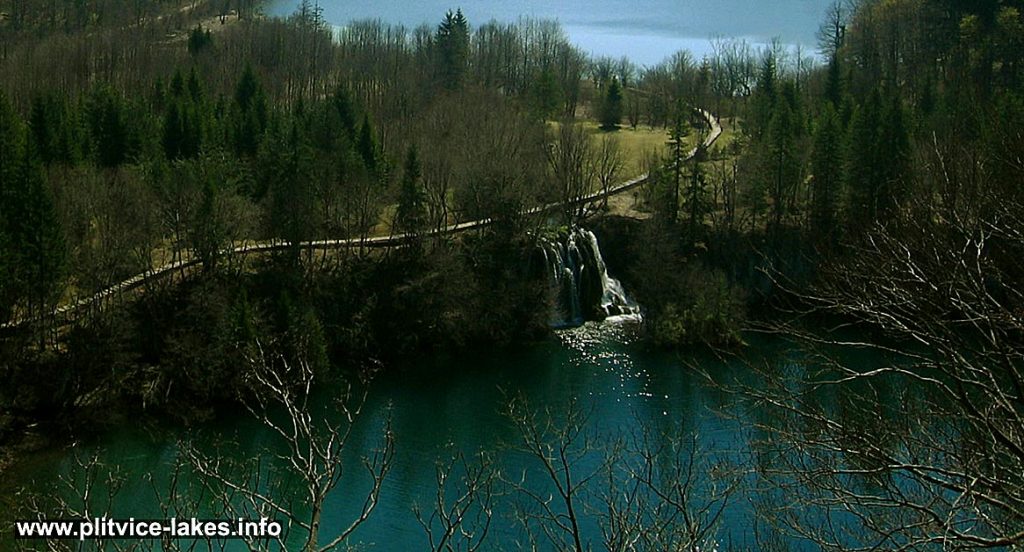 Ciginovac jezero (Ciginovac Lake)  also known as Ciganovac and Cigino jezero is the second highest lake in the whole lake system, located on an altitude of 626 meters above the sea level.

It covers the total area of just over  7 hectares with a max depth of 11 meters in the very middle of the lakes.

The lake belongs to the group of Plitvice Upper Lakes.

Ciginovac got its name after ‘cigan‘ which in Croatian means ‘romani‘.

The lake is fed by waters from the water canal dug across Labudovac plateau, leading from the Proscansko lake as well as from Labudovačka barijera (also known as Delta) – the natural travertine dam bordering the lake. The most interesting detail on the lake is some collapsed travertine blocks in its south-eastern part.

The northern shores of the lake are bordered by steep Stubica hill that offers lovely views over the lake (from ‘Tomićeva pogledala‘ viewpoint). The western shores are bordered by thick forests of the slopes of Prošćanski vrh and Muratov rt.

The waters around here are of dark green colours in the summertime while in other parts of the year it reflects the colours of the leaves. (see autumn and spring in the lakes photos)

The end of the lake is formed as a barrier where waters flow down into Okrugljak lake.

Click to see Ciginovac cross section on the lakes diagram. 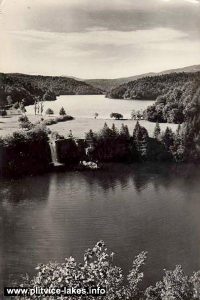 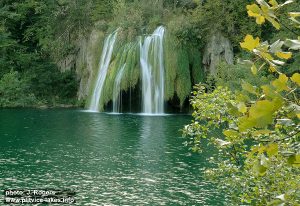 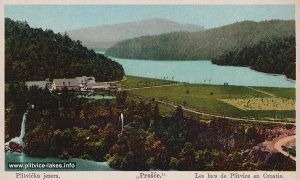 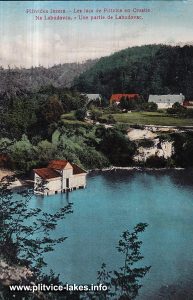