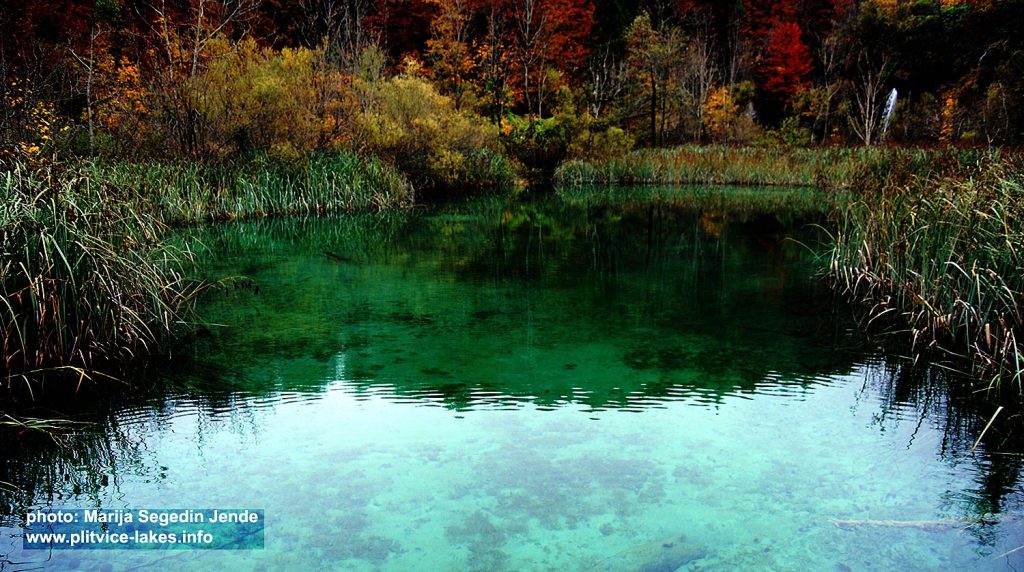 Veliko jezero (Lake Veliko) also known as Jovinovac veliki  (Large Jovinovac) is the fifth highest lake in the whole lake system, located on altitude of 607 meters above the sea level. It is one among the smallest lakes, covering the total area of just under 2 hectares with max depth of 8 meters. The total length of the lake is about 120 meters while total width is just under 45 meters. The lake belongs to group of Plitvice Upper Lakes.

Veliko got its name after ‘veliki‘ and “Jovan” which in Croatian means ‘large‘ (although it is not large at all ?!), while Jovan is a pretty common male name in the area.

The lake is fed by waters from Okrugljak lake. The shores of the lake are bordered by low barriers and low vegetation as well as by several tall trees.

The waters around here are of a yellowish / turquoise colours due to its depth and surrounding vegetation. In all seasons, the waters reflects the colours of the surroundings (see autumn and spring in the lakes photos). It is very easy to stroll on a wooden walkway and wooded paths around the whole lake as the area around the lake is pretty flat.

The end of the lake in its south-east part there is formation of a very low barrier where waters flow down into Batinovac, Vir and Malo Jezero.