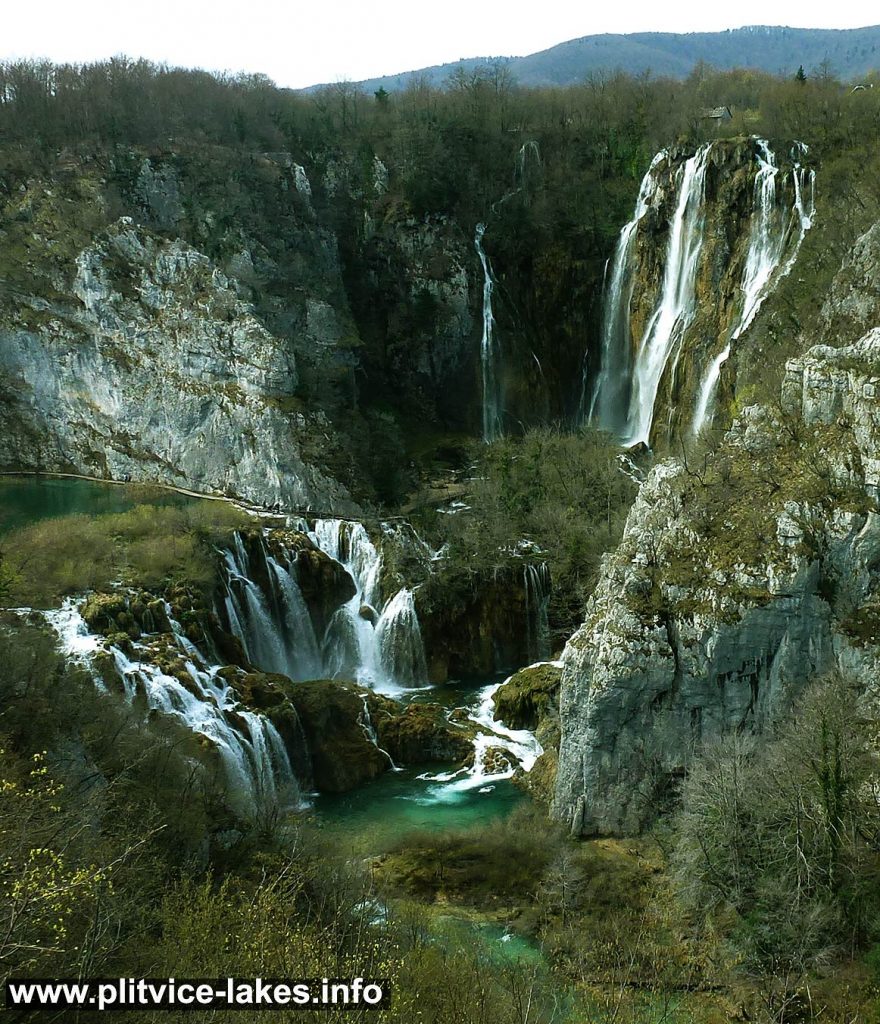 The highest waterfall in the Plitvice National Park is the Large (Great) Waterfall (aka Veliki slap in Croatian) – 78 meters high situated at the very end of the Lower Lakes. (Click on above image to see extra large photo)

It is fed by waters of Plitvica Potok river. Considered as the most beautiful one on the Lakes, this waterfall is also the highest one in the whole of Croatia.

What is unique about this waterfall in comparison with others in the Park is that while the other Plitvice waterfalls are formed by spilling of waters from upper to lower lake,  the Veliki Slap was actually formed by the Plitvica Potok, the river which extends 3 km to the west of the fall.

Tip: If you hike further up from Lower Lakes to Plitvice Selo village, you will find a tiny spot from where you can see this waterfall from above.

Check its location on this visitors map, number 23 here.